This Week in Tech 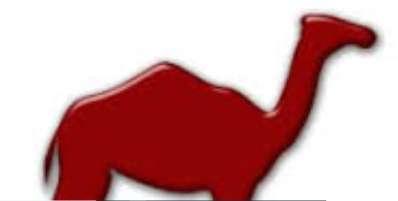 Party in the Park for The Christie

After 34 years of developing the website Alan and Withington Golf club have departed company. Alan will no lomger fight his case against WGC he has been swimming against the tide of Ludites for 15 years. The time that he introduced Protopage as a Beta Test site.
Protopage is now an Omega production site - Alan wi;; contimnue to develop on it developing functionality for his Oasis Project at Houldsworth Golf Club.
Alan hope that Didsbury will adopt protopage to run Room101 and Studio54 events.
Alan is now working with Teaching professioanal Kevin Lawrence on YMG International Projects to Ping out subscrition based golf training to New Jersey and New York - Alan is Exporting British Talent as part of his Brexit Strategy.
Alan will export KatieMiller as a recording artist for his Flip Recipe Recording Label.
Alan hopes to Import PGA Professional from the US of A into Withington Golf Club with their Air B&B package.
Alan is IT Strategist for Youg Masters Golf and Bitesize Golf working under Scott Currie - Resisdent at Withington Golf Club Alan became a pegasus PGA Professional - Helping professional golfers with their IT needs.
Alan no longer communicates his development to Scott - Scott did not attend Alan's sons funeral. Alan still runs PGA Systems without Scott who has described Protopage as being Bulshit. Scott has never given any attention to Protopage even though it is aSSNA essential application if businesses are going to set up free web services. No Hosting Required.
Scott will still receive 1 share in the company - Andy Wilson will not receive a share for refusing to implement protopage version of A Musical Legacy.
Alan will now register A Musical Legacy Dot Com.shop   for Katie Miller Ticket Sales

Party in the Park

A Party in the Park has been arranged for 07/07/2023 - It was originally for Queen Bee lucy.
Lucy in the Sky with Diamonds. His site can not be updated the password reset is to his e'mail account - Queen Bee Lucy has disappeared without a trace - He did not leave his phone number or E'mail details when he left.
He was a talented interesting musician.
Lucy has been paid to contract with Flip Recipe

Project Sycamore for The Meta Verse an on line Stock Market for Virtual businesses.

You wi;; enjoy this project by converting forest 404 to AI standards as Forest 303.

I don’t do online purchases since i was scammed and my bank account was raided.