Welcome to my Maori page this site will tell you how they lived and about their traditions and cultures. 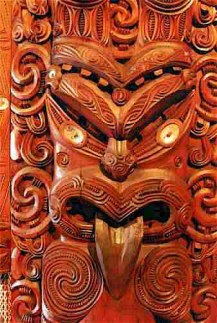 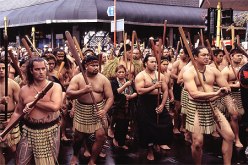 this is a moa bird 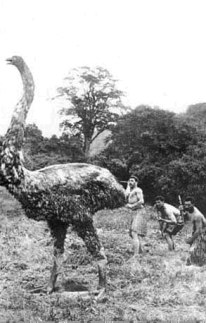 The Maori are the indigenous people of New Zealand, they are Polynesian and comprise about 14 percent of the country's population. Maoritanga is the native language which is related to Tahitian and Hawaiian. It is believed that the Maori migrated from Polynesia in canoes around the 9th century to 13th century AD.

Maori legend says that the Maori came from "Hawaiki", the legendary homeland about 1000 years ago. When the Maori arrived in Aotearoa (New Zealand) they found a land quite different to tropical Polynesia. New Zealand was not only colder, but it possessed many volcanoes and huge snow capped mountains. Aotearoa is the Maori name for New Zealand and means Land of the long white cloud.

Before the coming of the Pakeha (White Man) to New Zealand, all literature in Maori was orally passed onto succeeding generations. This included many legends and waiata (song). The most recognised tradition today is the "Haka" which is a war dance. The Haka was performed before the onset of war by the Maori last century, but has been immortalized by New Zealand's Rugby Team the All Blacks, who perform this dance before every game.

Maoris lived in huts to fit about four people they were made of leaves, mud, sticks and twigs. Most huts were for people for sleeping others were for hunters and there weapons and for women and there cooking. mude stiks

The maori  men and wemen had difarent  fashal  tattoos men had thik and strat. but the wemen had cerderd and then and the men could have full face panting and wemen  could only have halv of there face panted.

A short flat club usually made from wood, bone, or greenstone. Also know
as a Patu or Waihaka. This short club was used where quick in-fighting action required
thrusting jabs. Held by a thong of dog skin through a hole in the
handle and around the wristThese were prized Maori weapons on the battlefield, as well as being
favored by many chiefs during speech making. The notches on the weapons
sides are for catching thOne of the most well known weapons of the Maori. A long club typically five feet in length and longer. e oppo

Made for ceremonial occasions, characterized by a greenstone blade
and a carved handle.