Albert Einstein on Wikipedia
A picture of Einstein

At the age of five his father showed Albert a pocket compass the first Albert had ever seen which amazed him. Albert studied Maxwell’s electromagnetic theory some of his life. The Einstein’s were not observant of the Jewish religion because Albert went to a Catholic elementary school. 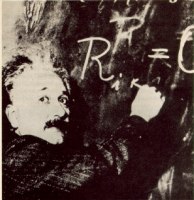 Albert Einstein as a kid growing up. 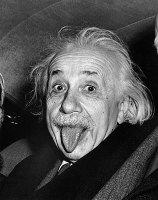 When Albert Einstein was older he introduced to use the E=mc2  concept which most of us probably know. This concept meant that energy equals mass times the speed of light. In 1921, he was awarded the Nobel Prize in Physics. At the age of 26, having studied under Alfred Kleiner, Albert received awarded a PhD by the . Also he overturned the classic Newtonian physics that had dominated the field for hundreds of years. In 1917, Einstein published an article in Physikalische Zeitschrift. Einstein published four papers in the prestigious Annalen der Physik in 1905. Einstein had a theory about light quanta, which remained controversial for many years.

Also, in 1912, he returned to to accept a professorship at his Alma Mater the ETH. Finally, he participated in the 1927 congress of the League against Imperialism in . Due to his fame and genius, Einstein found himself called on to give conclusive judgments on matters that had nothing to do with theoretical physics or mathematics

Albert Eintein died on April 18, 1995. Although he died, with that he left a legacy. One that probably no man will ever be able to even match up. When he was just a little boy there was many things that he hard problems with due to his speech problems. This didn’t stop him from doing things that normal kid did. He even did more to inprove his knowledge. With no doubt he was the most popular scientist of the 20th Century. We will rember him for many years to come, rest in peace Albert Einstein.

Albert and his wife, Mileva 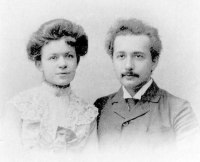 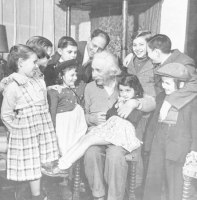