Why do architects of today study Ancient Roman Architecture?

Berfore the romans started architecture there was mainly post and lintel to build houses.

This is one of the Ancient Temples ceiling. 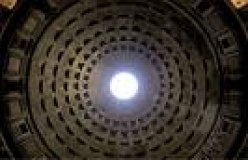 This is a picture of an ancient roman bath house.Some of these Bath Houses still exist in some places in Europe.

This is a picture of an ancient church

The roman government has a lot of laws. some of the laws are:

At first rome was ruled by very cruel kings. Tarquin the proud was a king that was overthrown, then years later,rome became a republic for the next 400 years. The republic was ruled by cenators, not every one was allowed to vote, like women, slaves, and poor people. The people that were not slaves are citizens.

This is the roman government from back then. 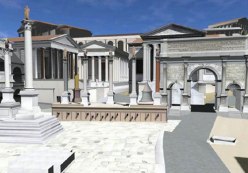 This is how the roman government was organized

This is the government building that we have today. 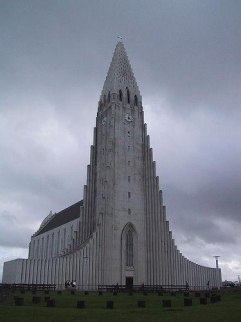 The last known gladiator fight in Rome was near January 1, 404!

Sporting events caused the Ancient Romans to build some of the most important buildings that you can still see today. They built the Colosseuem and it was finished in 80 A.D. It's first name was the Flavian Amphitheatre. This giant stadium could seat 45,000 people! This giant stadium made ideas for some of the stadiums that have been built today like football, baseball, and basketball stadiums. Circus Maximus was also a huge stadium. Circus Maximus was a public entertainment center that was used for mostly for chariot racing.  Chariot racing was the most important event at Circus Maximus.  Circus could seat more than an estimated of 250,000 spectators.

Gladiators sometimes took steriod like herbs and seeds that made them stronger.

Chariot racing is like today's horse races, just we ride on the horse. 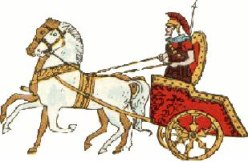 Gladiator fights are similar to today's wrestling , except wrestlers do not use weapons. 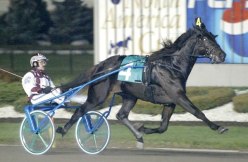 These are modern day pro wrestlers. Wrestlers are like modern-day gladiators without weapons or shields. 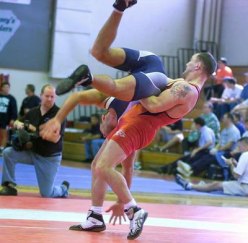 The Colliseum is one of the most well known stadiums from Ancient Rome and still standing today.

This is the Denver Broncos stadium which is very similar to the Roman Colliseum and how it is built.

How are Ancient Roman military strategies used in modern warfare?

Roman war tactics
have been used  by armies for years.

This sword was used by Roman military and this is how they strapped it on.

The Romans used catapults to destroy enemy buildings faster and a sometimes fling over walls that's just a myth.

By: Triston, Blake, Caleb, and Seth

How did the Ancient Roman's weapons influence today's weapons?

These were called scutums and they were used in battle. They were made of steamed boards bent into a curved shape.

This shield is used by the S.W.A.T team. It protects them from gun shots.

This spear was used when they were defending themselves. If they are surrounded they can use both ends of the spear.

This javelin is used in sports.

These were thrown at each other during wars. They were usually thrown over the front ranks into the enemy's territory.

This is a replica of a Roman mangonel that can throw rocks farther than catupults.

This is a replica of a Roman catapult. These through humans, rocks, and fireballs.

These men are reanacting a Roman War. They are using fake swords and knives.

How are Ancient Roman Classes of society represented in their dress?  How do we still use it today?

They were ranked on the social rank of the father. They would always be in the month of May or February. The bride was dressed ina long white robe with a veil and bright yellow shoes. The groom would hold a feast and then the wife would perform a certain religious rite.

Men wore two garments, a tunica and a toga. The tunica was a short sleeve, woolen undergarment. The toga was a puplic display garment and can be worn inside the comfort of their homes. Togas were made from white wool or expensive linen.  Also a belt would be worn around the tunica to keep the garment snug. Only actual citizens were aloud to wear it. Women wore a tunica ,too. It was formed into a sleeveless dress. Belts were tied over or under folds. A more common tunic was a little like a greek chiton. It was sleeved and made from two peices of cloth. They also came in different colors depending on their social status and wealth.

Gold, silver, and broze coins were the currency that the ancient romans used.  A silver coin, denarius, was worth 16 bronze coins. Gold was called aureus and worth 25 silver coins.

This is ruins of a house that has been broken down from many years.

Roman money is where the coins from modern day came from.

These are the classes of ancient Rome.The classes are Senators, Equestrians, Common, and Slaves.

Then go to SIGN-IN and use the following email: solomon@ccsd.org (password will be given to you in class).

This is where I will put some information IN MY OWN WORDS about my topic.

ROMAN GOVERNMENT    was interesting for the following reasons: 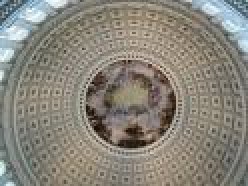 Try these links to get started learning about Ancient Rome. Feel free to find your own, too!