Welcome to the mysterious ways of the ancient Indus River Valley Civilization. We here in the take great pride in our city. We have been around since about 2500 BC and we don't plan on leaving anytime soon. Our culture remains a mystery to the rest of the world because our language has not yet been deciphered. So if you really want to find out more about us come travel our rocky roads. From our planned cities to our trading techniques, you can find out what we have to offer. This website is designed to help you become more acquainted with our culture before you get on the boat to this great land.

~Monsoon winds travel NE to W from Oct. to Fe. bringing us Dry Air and travel SW to E bringing us moist air?

Ø    This wonderful land is also known as the Indian Sub-Continet. It includes parts of India, Pakistan, and Bangladesh.
ØWe have a wall of the highest mountains- Hindu Kush, Karakorum, and Himalayan Ranges- that separates this unique and mysterious civilization from the rest of Asia. Our land is protected by the mighty mountains to the north and the vast desert to the east.
Ø    We have flat and fertile land that stretches 1,700n miles across northern India. This plain was formed by two rivers, the Indus and the Ganges Rivers. These rivers bring silt to our planting grounds making our soil rich for agriculture.
Ø    Our southern land is a a peninsula that extends into the Indian ocean. The center is cut by our two rivers. Also, in the middle, there as a high piece of land called the Deccan Plateau. It is framed by low mountain ranges known as the Eastern and Western Ghats. It’s very dry but has a narrow border of lush tropical land along the coast of Southern India

Although we have great land, we do get a dose of mother natures wrath.
•~Yearly floods make rich soils but are unpredictable
•~Rivers change course
•~Monsoon cycles are unpredictable which can result in food shortage or village wipeout.

The Red Area is where our civilization resides. 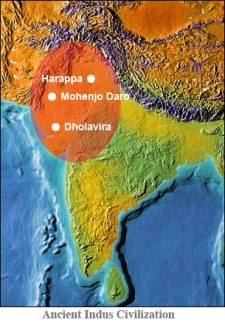 Our untranslated written language makes it hard to understand our politics.

Indus is based on a centralized theocracy. All our power is vested in our God. You can tell we have a centralized govenrment because of our grid city system and plumbing. We love our god, for it is he who made our laws. Our priests are the ones who bring us the laws of our god so you can tell they have much importance in our society 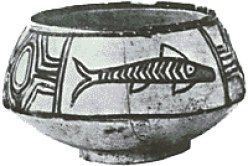 The change in the rivers course can mess up the tradeing routes.

One of the ways we make our living by trade. We exchange silver and gold with . We also import precious stones from in Deccan Plateau. The helps us with the transportation of goods.

Our land is perfect for farming. So, as any one can guess, we farm as a part of economy.

Some products on our farms are:

We also domesticated animals. Some included dogs, cats, zebu (humped cattle), short horns, and buffaloes. Our people are also believed to have farmed pigs, camels, horses, and donkeys (we use these to travel now days.) We have also found that many of our ancestors domesticated elephants!!! That’s right ELEPHANTS!! We used their tusks for crafts. 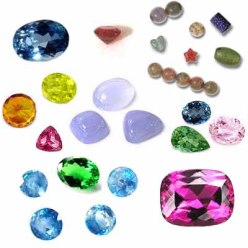 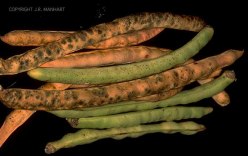 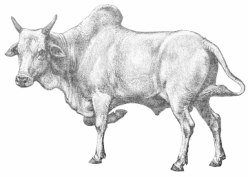 Our language hasn't been translated so it is hard to understand our religion and how we did our rituals and ceremonies.

As it was stated before, religion and politics go hand in hand. Our gods control our laws and our fate so we make sure we make them happy. Our priests pray for good harvest and safety from floods. Our religion is said to have links to the Hindu culture. We have early representations of Shiva (a major Hindu god). Also, our links to mother goddess, fertility images, and our worship of the bull.

worship of the bull 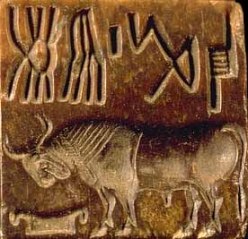 We took time in planning our cities. We laid out our city on a precise grid system. We made our houses of OVEN backed bricks cut in the shape and size of an american brick. And we have plumbing and sewage systems.

One of our biggest cities, Harappan, shows our fantastic architecture. It has mud brick platforms to prevent flooding. You can travel the streets which can be up to 30 ft wide.

Our homes can change sizes. Some are 3 stories high.  They are spread out through narrow lanes.  Each house has it’s own personal bathroom.

As crazy as it is, we are very proud of our plumbing system. Many historians say we were ahead of our time. We have personal bathrooms where waste water drains through clay pipes into brick sewers under the street and then into sewage pits. The sewage pits have man holes in which sanitation workers can inspect the drains and clean out the muck.

The Indus River Valley has a very sophisticated city planning! 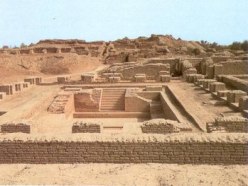