this WEEK in TECH - MP3 Edition

the show with zefrank

Try our new multi level to-do lists - you can even drag items between different lists! (drag to-do items by their check boxes).

People say that he is the best basketball.... I agree.

Michael Jordan was born to James Jordan Sr.and Deborah Jordan in Brooklyn, New York on February 17, 1963.His family moved to Wilmington,North Carolina when he was a toddler. Jordan attended Emsley A. Laney High School in Wilmington, where he continued his athletic career by playing baseball.football, and basketball. He tried out for the varsity basketball team during his sophomore year. He was dafted to the Chicago Bulls in 1984 as the third overall pick. 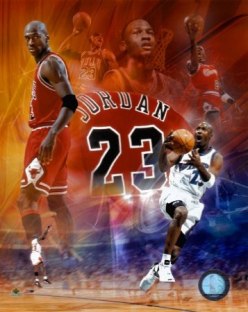 LeBron Raymone James was born in Akron,Ohio on December 30,1984.He attended St.Vincent- St.Mary High School. He was the first sophomore to be named Ohio's Mr.Basketball. He was drafted to the Cleveland Cavaliers in 2003 as the first overall pick. 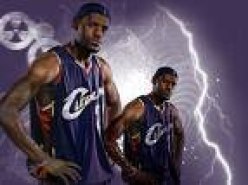 Allen Ezail Iverson was born on June 7,1975 in Hampton,Virginia. He played quarterback for Bethel High School and led his team to a state championship. He attened Georgetown University for two years. Allen was drafted to the Philadelphia 76ers in 1996 as the first overall pick. 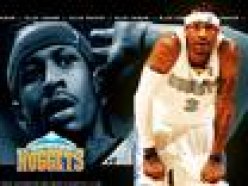 Anthony Jerome Webb was born on July 13,1963 in Texas. He got his nickname Spud from his grandmother. He was cut from his varsity basketball team because of his height. He is the third shortest player to play in the NBA. He is also the shortest person to compete in the NBA Slam Dunk Contest and win over guys that were a foot taller than him. 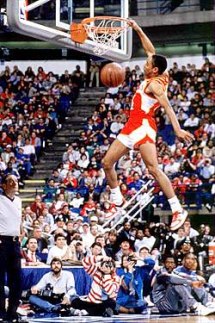 Kareem Abdul Jabbar born on April 16,1947 asferfinard Lewis Alcindor Jr. Grew up in Harlem,NewYork City, son of Cora and Ferdinard Alcindor Sr. He attended Power Memorial High School and led them to three NewYork City Catholic championships. Kareem moved to LA for college and stayed there for most of his career. He attened UCLA from 1966-1969. Drafted in 1969 to the Milwaukee Bucks.Then was traded to several other teams and ended up with the Lakers in 1975. 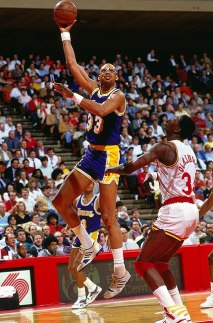